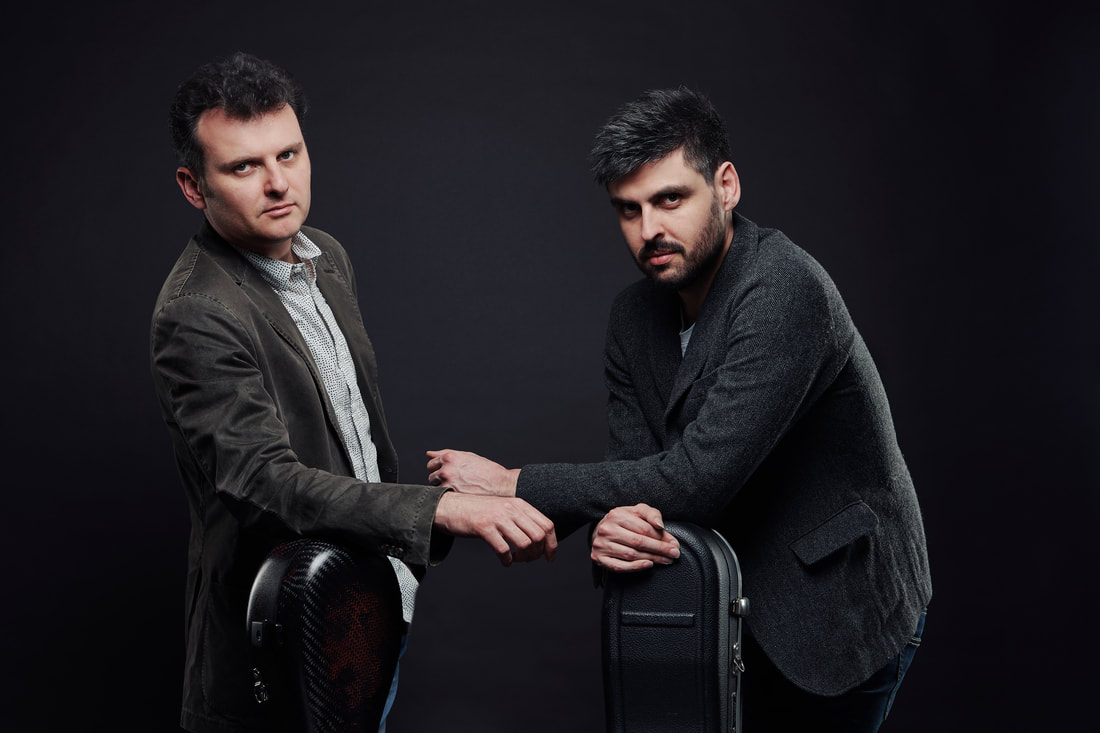 ​Their ability to perform in disparate genres has resulted in invitations from arts festivals, jazz festivals, folk festivals and Womad, as well as performing in more intimate spaces such as clubs and salons.

​A testament to their broad appeal and incredible skills is reflected in their recent tours and releases: In August 2017 they performed as support for the Canadian singer/songwriter kd lang on her Ingénue Redux, 25th Anniversary Australian Tour. This was followed immediately by another national tour sharing the stage and billing with the great Flamenco guitarist Paco Pena. All of this occurred while their classical release Songs Without Words was at the top of the classical music charts for 3 months. In February 2018 kd lang invited them to join her for a 21 date, 5 week USA tour.

In Nov 2018 the ABC (Australian Broadcasting Commission) released two Grigoryan Brothers albums. The first, Bach Concertos, recorded with the Adelaide Symphony Orchestra and arranged for Slava and Leonard by their father Edward, includes three of Bach’s most beloved concertos. The 2nd release is a soundtrack the Grigoryan Brothers created for the award-winning movie A Boy Called Sailboat. Set in New Mexico, the music‘s Latin theme presents the Grigoryan Brothers in a style far-removed from what audiences are used to hearing them play. To celebrate the movie’s success at international film festivals – including ‘Best Director’ and ‘Best Screenplay’ at the prestigious Boston Film Festival – the Grigoryan Brothers completed an Australian national tour of special screenings performing the soundtrack to the movie live.

Slava and Leonard are blessed with an uncanny ability to perform so seamlessly as a duo that they play and ‘breath’ as one. Growing up and performing together does not guarantee a symbiotic relationship, but what does create the perfect storm is the mutual respect and admiration the brothers have for each other. Perhaps this is the intangible quality that creates their ability to connect with listeners.

Slava & Leonard Grigoryan’s deep appreciation of a broad spectrum of musical styles has resulted in many collaborations involving music, both written and improvised. Combine this with their classical training and the result is
a unique sound incorporating all these influences.

At the age of 18, his first tour was with guitar legends Paco Pena and Leo Kottke. Since then he has travelled the world as a soloist in recitals and with orchestras in Europe, Asia and North America. Appearances with orchestras have included the London Philharmonic, the Royal Scottish National Orchestra, the Halle, the Dresden Radio Orchestra, the Israel Symphony and the Hong Kong Sinfonietta. ​
He has performed at dozens of national and international arts festivals and guitar festivals. He has won 4 ARIA (Australian Recording Industry Association) awards for Best Classical Album - most recently in 2017 and 2018 for his Bach Cello Suite recordings - and performs regularly as a soloist with all of Australia’s symphony orchestras. He has had two critically acclaimed tours with the Australian Chamber Orchestra.

Internationally, his performances have taken him to some of the worlds leading venues. From numerous appearances in London’s Wigmore Hall and Royal Festival, Hall, to NYC’s Carnegie Hall, Vienna’s Konzerthaus, and Tokyo’s Sumida Triphony Hall, Grigoryan has developed a talent for bewitching his audiences.

Collaborations have played a huge part in Grigoryan’s career, most notably the guitar duo with his brother Leonard. They have released nine duo albums and have appeared on many others together. Their touring has seen them perform throughout Europe, USA, Sth America, Asia, Russia and the Middle-East.

Other collaborations in the classical sphere have been with ensembles including the Goldner, Flinders and Australian String Quartets in Australia, and the Endellion, Skampa and Chillingirian quartets in Europe. He regularly performs with the Southern Cross Soloists and has worked extensively with pianist Michael Kieren-Harvey, baritone Jose Carbo and was a founding member of Saffire, the Australian Guitar Quartet amongst many others. He has also collaborated with numerous composers and premiered many new works, significantly with composers William Lovelady, Nigel Westlake and Shaun Rigney.

Outside the classical world Grigoryan has had long term collaborations with MGT - a guitar trio featuring jazz icons Ralph Towner and Wofgang Muthspiel. A more recent project has been Band of Brothers, a quartet featuring Slava & Leonard Grigoryan with Joseph (oud) and James Tawadros (req) in a fusion of contemporary jazz, classical and middle-eastern music.

Slava’s appointment in 2009 as the Artistic Director of the Adelaide Guitar Festival - a position he still holds - has been a thrilling addition to an already full musical life.

Leonard Grigoryan is well established in the Australian music scene. He has made his name as a collaborator at the highest levels of music making. He is best known as one-half of the guitar duo ‘Grigoryan Brothers’. Famously taught from a very early age by their violinist father, Leonard and brother Slava Grigoryan are today revered around the world for their performances and recordings. They have released 11 albums and between them they have received 4 ARIA Awards (Australian Recording Industry Association) and 24 ARIA Award nominations.

Leonard has dedicated himself to both classical and jazz genres and is an active arranger and composer. He has toured regularly throughout Australia and internationally, performing at festivals and concert halls and as a soloist with orchestras. In 2012 he released ‘Solo‘ his first album, recorded in Oslo at the world famous RainbowStudio with engineer Jan Erik Kongshaug.  In 2018 Leonard and Slava composed the soundtrack to the award-winning feature film ‘A Boy Called Sailboat’. He has collaborated with the likes of Wolfgang Muthspiel, Paco Pena, Luke Howard and more, however his main focus is the duo with his brother Slava.