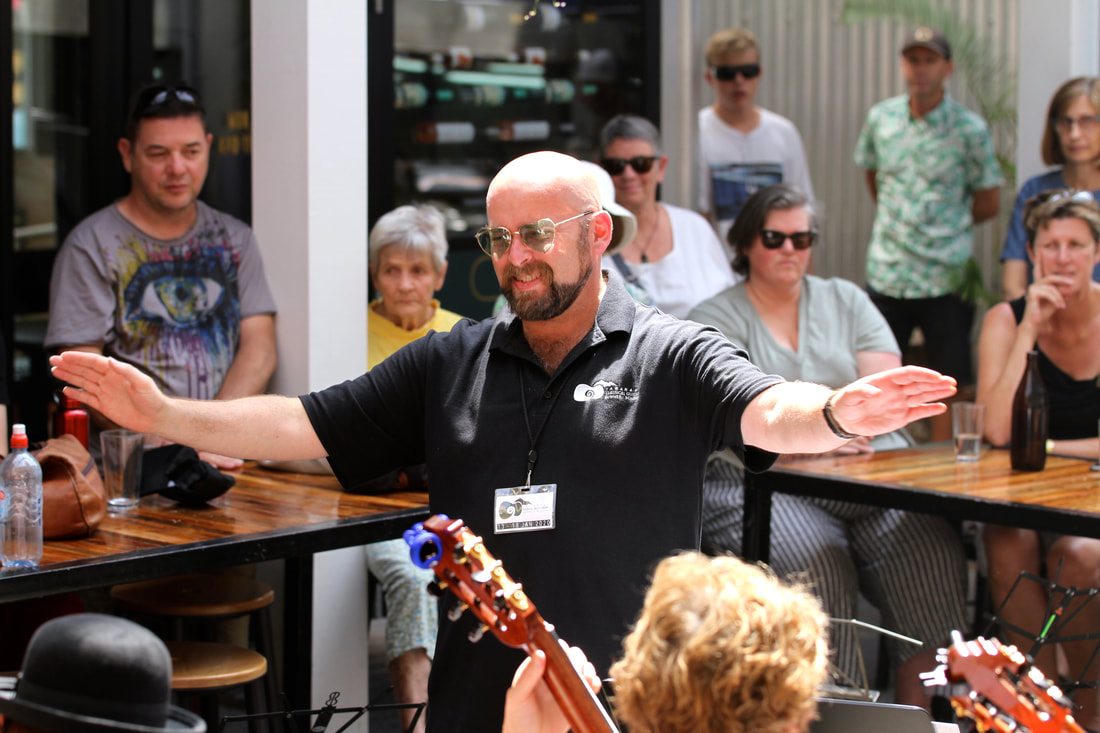 “He has it. He has it in every way…he has a fantastic technique…he communicates very well with the public…”
Classic FM (NZ)


​​​New Zealand born John Couch is an Australian based classical guitarist and the Artistic Director of New Zealand’s premiere classical guitar festival, the Taranaki Classical Guitar Summer School (TCGSS). Couch is a highly qualified guitarist holding a Masters of Music in performance and research (pedagogy), Post-Graduate Diploma in performance and research, Bachelor of Music and is a Fellow of the Trinity Guildhall (London).

Couch has featured on four CD album recordings: A Fairytale… with Variations (2001), Desdemona’s Song (2005), Andres New Shoes (2008), Ask Me Tomorrow (2015) and The Passing of a Black Star (NZGQ 2017). As a chamber musician Couch, has performed and recorded in the New Zealand Guitar Duo and the New Zealand Guitar Quartet. As a soloist, he has performed in festivals and concert series around Australia, New Zealand, Europe, North America and Asia. He has recorded for and played on ABC Classic FM (Australia), 2CN (Australia), Classic FM (New Zealand), TVNZ (New Zealand), Radio Canada and HCMTV7 (Vietnam), and has featured as a soloist with the Christchurch (NZ), National Capital (Australia) and Aorangi (NZ) Symphony Orchestras.
“An extraordinary musician, a perfect technique:”
Edition Beauce, Quebec (Canada)​
​Couch has won international and national guitar and music competitions in New Zealand and Australia. He has been a finalist and prizewinner in many other international competitions including Taiwan international guitar competition, Tokyo international guitar competition and the 36th International Guitar Competition “Michele Pittaluga” (Italy).
"...the fingers of John Couch danced across the strings"
Schwetzinger Zeitung (Germany)
​With an interest in creating new music for the classical guitar, Couch has commissioned and had work dedicated to him from leading composers such as Richard Charlton, Marian Budos, Sally Greenaway, Christopher Norton, Bruce Paine, Vincent Lindsey-Clark, Jesmond Grixti, Campbell Ross and Ivana Troslj. Premiere recordings of a selection of these works features on Ask Me Tomorrow and is played regularly on the ABC Classic FM
"His richly sustained tone and phrase shaping in the slow movement of Rodrigo's Concierto de Aranjuez single him out as an outstanding player of international standing"
Ian Dando (Christchurch Times)
Learn more about John at www.johncouch.net