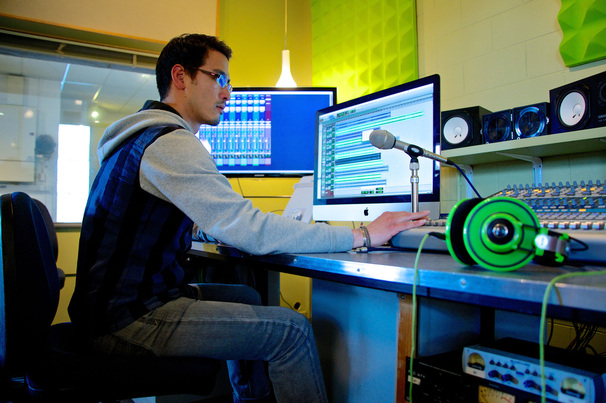 (Photo courtesy of Tandem Studios - Christchurch)
In 2004, Paul completed his Bachelor Music in Classical Guitar Performance at Massey University (now NZSM) in Wellington under guidance of Matthew Marshall and Gunter Herbig.  He also had masterclasses from guitarists such as Anthony Field, David Lisner, John Couch, Dr. Jane Curry, Lily Afshar, Jason Vieaux and Cheryl Grice-Watterson. During his studies, Paul also toured the North Island with the Massey University Guitar Orchestra 'Live Wires'.  In 2004, he won the 1st Prize at the Christchurch Guitar Society Competition. He is a member of the Christchurch Guitar Society and is an active guitar teacher in Canterbury.

In 2012, Paul pursued his passion for music in direction of audio and sound technology, completing a Diploma in Audio Engineering & Music Production at MAINZ (Tai Poutini Polytechnic). Paul has worked as a freelance audio engineer, secondary school teacher and guitar teacher in Christchurch.  As an audio engineer he has worked for Tandem Studios and Plains FM 96.9 in Christchurch. His projects have included voiceovers, audio post-production, music recordings, ADR, location sound and sound design. Together with Alan Dixon, he's also hosted the successful radio show Classic Guitar on Plains FM, featuring all things classical guitar and highlighting New Zealand guitarists and composers.

One of his music production highlights was producing and engineering 'NZ Wonderland' (Winter Wonderland), which featured the C-City Brothers, the Otautahi Jazz band and the Christchurch Boys' Choir. This track was released on the 2013 Starship Christmas Album.

​He has been the technical co-ordinator and audio engineer for recording the live concerts at the TCGSS since its inception in 2012.